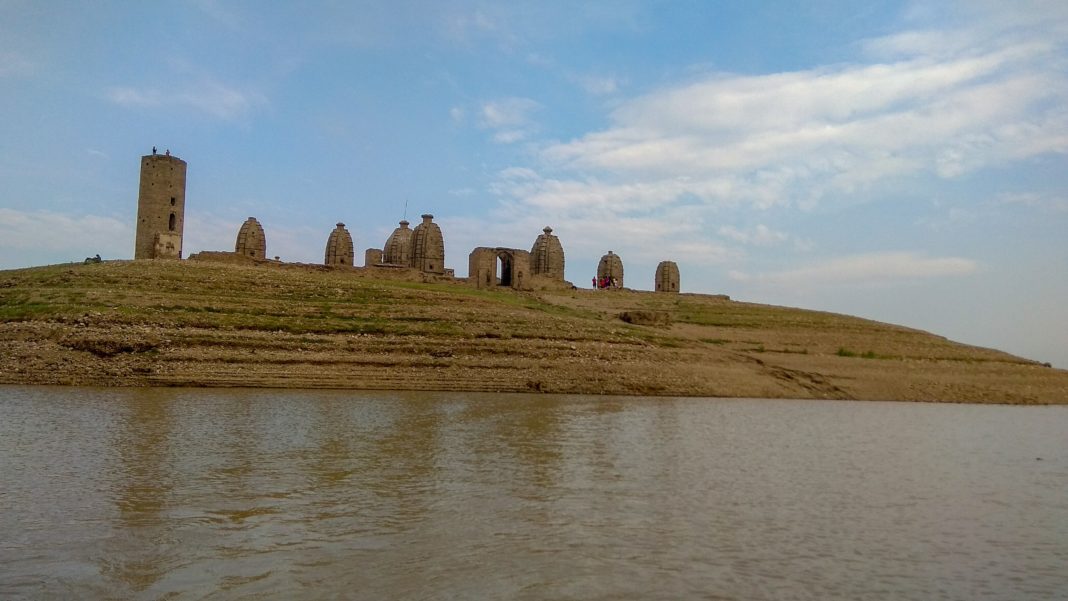 Himachal Pradesh is covered by natural beauty like abundant greenery, beautiful waterfalls, mountain ranges and deep valleys. The state is also known for its amazing temples that is why it is also called “Land of Gods” or “Devbhoomi”. One such temple is situated near Pong Dam in the Kangra district of Himachal Pradesh, known as “Bathu Ki Ladi”. I with my family planned for a one day trip to Bathu Ki Ladi, as we were astonished by the mystery of the temple. Bathu ki Ladi (Bathu Temples) is the cluster of eight temples, and the main temple in the centre is of “Lord Shiva” deity. All these clusters of temples are submerged in the Maharana Pratap Sagar reservoir for eight months and are approachable for people only in the months of May-June when water level decreases.

One can reach there by road from a place called Jawali, which is a small town in Kangra district. We chose to go there in our car from Kangra. The temple is surrounded by barren grasslands on one side, and on the other side, it is surrounded by deep water. So there is no proper road on the grassland side, it is pretty much like a little bumpy way, but I assure you that it’s worth going there.

When we reached there we took blessing from the “Lord Shiva” deity, and then, started exploring the place. We also took many pictures, as well as admired the beauty the place was offering. Some locals were also there, so we asked them more about the temple. The people over there told us that the temple is made up of a special and powerful stone known as ‘Bathu’, and that is why it is still standing strong and beautiful even after being immersed in water for 30 years. And every year, when the water level decreases and the temple emerge out of the water, the stone has the same beauty and durability.

The big pillar is the only thing which is visible when the temples are submerged in the water. Inside the big pillar, there are stairs through which we can go and stand on the top of the pillar. As we were standing there, we could feel the essence of the sweet breeze flowing, and the view from the top was breathtaking. We clicked many pictures from there as well, but one has to take pictures with precaution as there is no safety.

As we talked to the locals, they told us about the history of the temple. It is believed that the temple was built by The Pandavas, and they also tried to build the staircase to heaven, but they did not succeed in that.

While some believe that the temple was built by some local king who ruled the region.

At last, we took the small ride on a small wooden boat, and we could see the temples looking even more beautiful, as the mild wind was blowing, and the sunlight was kissing the water. Our journey of this mysterious temple and a beautiful place came to an end, and we were back on the way to home. One can spend some peaceful time here and get lost in the beauty of nature. This place is also a habitat of various migratory birds. If you love nature and history, then this place is a must-visit for you. 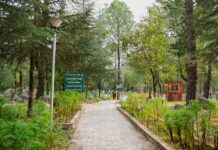